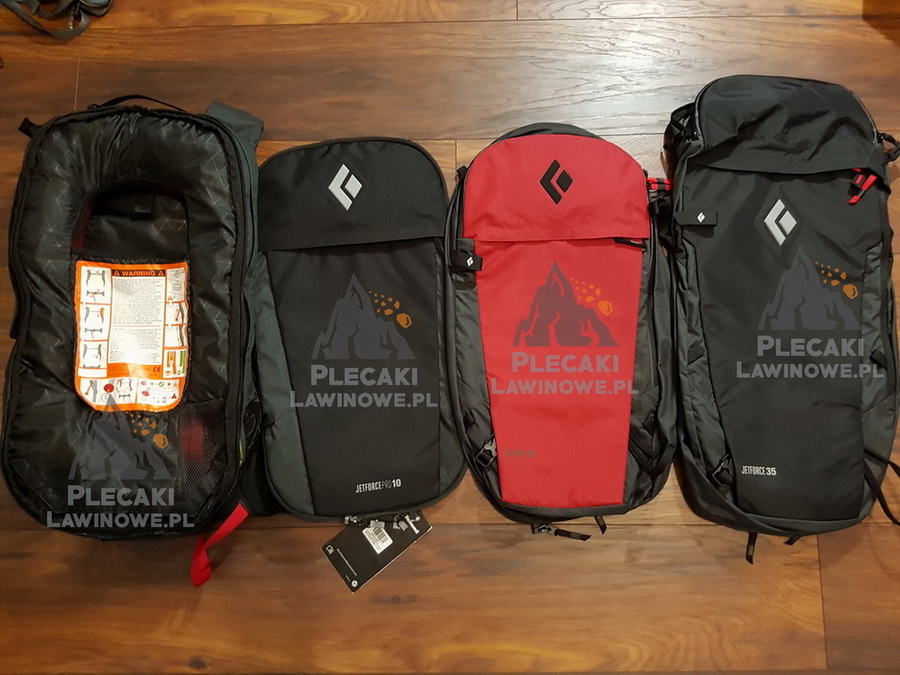 The new Black Diamond Jetforce PRO 2019/2020 avalanche backpack is a very good step towards a better (lighter) one when it comes to a battery-powered systems.

Black Diamond (and PIEPS) for the next season ( 2019/2020 ) prepared as amended (the lighter of ~ 0.5kg !) Version of Jetforce called Jetforce PRO (in the case of PIEPS Jetforce BT ). The withdrawal of the old models of Black Diamond / PIEPS  –  HERE.

Finally managed to take Jetofrce PRO for a longer trip. In December I was for 7 days in Siberia, we lived in a hut in the middle of nowhere. Before leaving I was afraid how the battery will last for 7 days without charging.

Due to the fact that the backpack has a Bluetooth module, you can easily update the software and perform „SelfCheck”.

All backpacks I’m referring on the website I bought or borrowed, the text is not sponsored, I can write what I like and no one will punish me ;).

Quick introduction Jetforce how the system works. After firing system must maintain the bag inflated by at least 3 min (Avalanche Airbag standards), therefore every time a speed fall from 50% to 100% to mainait air inside.

And  Slowmotion if someone likes to watch

Deflates after 3 minutes to get  extra space and the recovery of fresh air in case of total burial – As I wrote earlier,  there are no studies that confirm saving anyone (deflation).

Small update: „Automatic” deflation can be turned off … by turning off the backpack. The balloon will be inflated longer, but just as in backpacks cylinder , the air will escape.

All information contained herein may change slightly as a backpack goes on sale.

Increased (significantly) load of the backpacks.

The system fires up to 4 times on a single charge.

Charging the battery takes about 2-3 hours

The system will last  30 days on standby (probably)

Each booster  has a mount for a helmet.

25L and 35L have a chamber for avalanche gear, ski and ice axe carry

35L has an extra pocket for goggles.

Comments about which I informed Black Diamond (remember that this backpack comes on the market until next season).

All the zippers are in one color, I suggested changing the color of the main zipper
No „emergency” charging port in the form of microUSB / USB-C – for example, to leave the backpack overnight charge (I do not think that’s changed, but maybe some adapter though)

As already you manage to guess backpack will have „some” back of the system and for this you can buckle up adequate capacity (booster).

The system itself has not changed significantly somehow, added connectivity  Bluetooth for possible software updates  and fleet management backpacks through an application on the phone (for example rental avalanche equipment).

Base of the Jetforce PRO –  you can put your Thermos inside empty space, first aid kit and sandwitch 🙂

Boosters are mounted via zipper.

This is the booster backpack with 10L ( „capacity” of the backpack makes the space of the main zipper to the left side.

35L booster – and what I managed to put inside.

For comparison, the old version of Black Diamond HALO 28L in size M / L (and this is just the kind of difference 28L vs 35L).

Backpack carrying system is made „smoothly”. Notches on the hip belt to be to better fit the waist to the hips.

Waist belt with a small pocket for some chocolate bars, candies, etc :).

Each avalanche backpack to function properly  REQUIRES  fasteners „leash”  that goes between the legs, here it is comfortably settled in carabiner eye.

The chest belt which  MUST be worn and  adjusted  Also it its  adjustable  higher / lower.

Ski carry on 35L booster is almost impossible, the upper eye/strap is too short – but I posted this information to the Black Diamond.

Helmet carry  – comfortable, hassle-free (As you can see – right now you are not able to carry the skis).

The Jetforce changed slightly, the battery can’t be smaller (EU requirements). Added previously mentioned Bluetooth.  The battery is made in Poland

System is permanently attachet to the backpack.

In summary, the new model backpack system Jetforce PRO eliminates the greatest ills predecessors, the reduced weight (by ~ 0.5kg less than the old version) and the improved capacity (Liters) you saw how much I can pack into a new 35L backpack. Street price is high but the same was for the first version of this system, the weight of the battery packs is almost the same as gas backpacks.(well … almost